The History Of The First Station

The original train station in Jerusalem included a two-story building with two side wings of one floor, a mechanism for changing the direction of the train, a shelter and a large water tank. The architecture was influenced by 19th century European and Templar elements. The building was quite similar to the Jaffa station building, except for building materials – when local limestone was used at the Jerusalem station. Over time, various additions were built, including a thick layer of concrete that covered the roof in fear of the bombing of the Italian planes during the British Mandate. With the closure of the station, the complex became neglected and neglected, until reconstruction and preservation works were reopened in 2013.

Jerusalem of the end of the 19th century began to develop and emerge from the walls. However, the access roads to the city were disrupted and the arrival time from Jaffa took about ten hours, usually on camels and donkeys pulled into carts. With the modern development and approach provided by the Templars in Jerusalem and the arrival of many pilgrims to the Holy City, there is a need and demand for more efficient and faster transportation.

The idea of ​​establishing a railway to Jerusalem found many supporters, among them the famous architect and archaeologist Dr. Konrad Schick and philanthropist Moshe Montefiore. Montefiore appealed to the British and the Ottoman authorities, but the efforts finally failed, for political and economic reasons. The one who eventually signed the first train to Jerusalem was the banker and businessman Yosef Navon. Navon was born in Jerusalem to a deeply rooted Spanish and Jerusalem family and was involved in commerce and banking. He was also the first Spanish to marry a woman of Ashkenazi origin in Jerusalem of the time. After he went bankrupt, he moved to France and from there began to work to realize the vision of establishing a railway line to Jerusalem.

By investing a lot of money and appealing to the Ottoman authorities, Navon was able to obtain a concession for the construction of the railway line, which was also supposed to be split up to Nablus and Gaza. After failing to find more investors, he sold the concession to a French company. The company, which received assistance from Catholic investors in Paris, imported workers from Egypt and managed to finish construction within two years. The total cost finally reached a huge sum of 14 million francs.

On September 26, 1892, the first train from Jaffa entered the Jerusalem station and was received by a festive ceremony. The train also passed through Lod, Ramle, Sajd, Deir Aban (near Beit Shemesh) and Batir, where they filled the water in Qatar. With the technological development, travel time was shortened to three hours, and the train to Jerusalem became popular and profitable.

By investing a lot of money and addressing the Ottoman authorities, Navon managed to get a 71-year franchise to build the railway line, which was also to split up into Nablus and Gaza. After failing to find additional investors, he sold the franchise to a French company. The company, which received assistance from Catholic investors in Paris, imported workers from Egypt and was able to finish construction within two years. The total cost finally reached a whopping £ 14 million.

On September 26, 1892, the first train from Jaffa entered the Jerusalem station and was greeted by a solemn and multi-parting ceremony. The train also passed through Lod stations, Ramla, the village of Sajd, Deir Aban (near Beit Shemesh) and Batir, where they filled the water with Qatar. With the development of technology, the journey time was only reduced to three hours and the train to Jerusalem became all popular and popular transportation.

The first station was launched at an impressive ceremony, in the presence of the city’s dignitaries, Jews and Arabs. Among those attending the ceremony was Eliezer Ben-Yehuda, who gave the steel horse, which had not yet received its Hebrew name, the name “Train”. In the early days of the last century, the railway station was alive, goods arrived and were sent, tourists and pilgrims boarded the train from the port of Jaffa to the Jerusalem station. The station is one of the only public buildings built in Jerusalem during the Ottoman period. 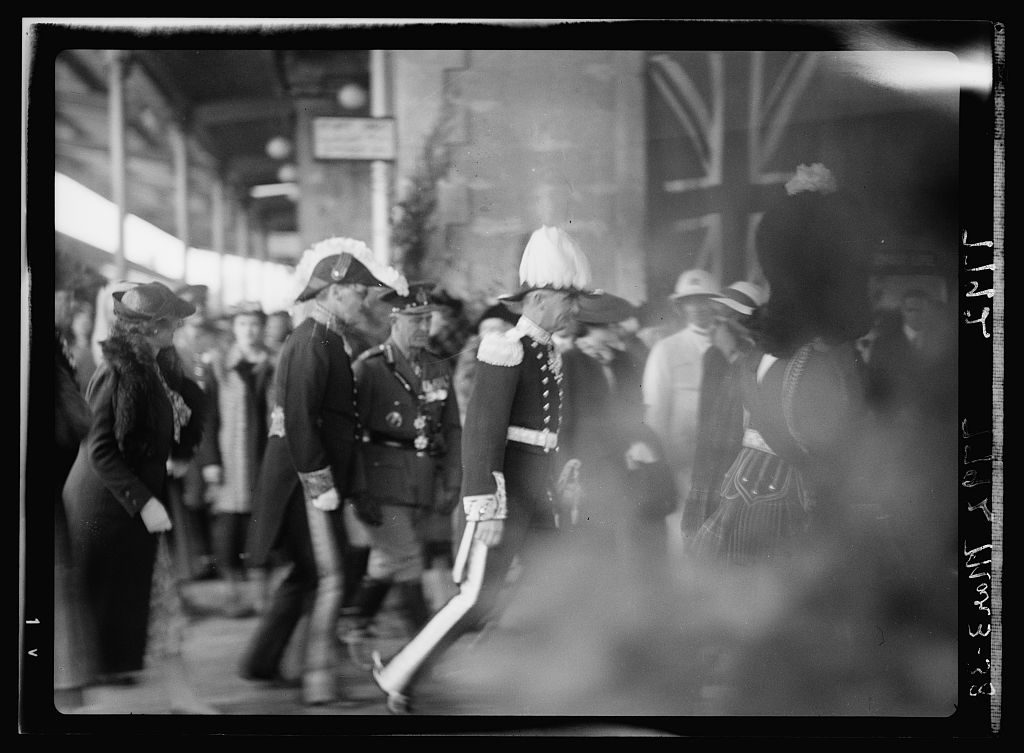 The Newsletter Of the First Station

Join the First Station’s mailing list and monthly newsletter and enjoy the benefits, news and everything that’s happening!